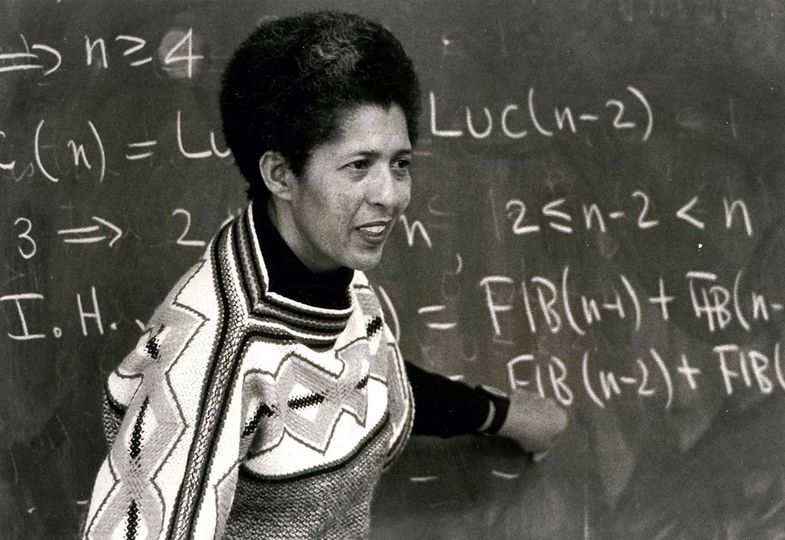 Meet Gloria Conyers Hewitt, Professor Emerita of Mathematics at the University of Montana, Missoula. She was one of the first seven African American women to receive a Ph.D. in mathematics. Hewitt was encouraged to study math at her alma mater, Fisk University, by Lee Lorch who was department head during part of her undergraduate career. Hewitt married and had a son while at Fisk. Her parents helped care for her son so Hewitt was able to complete her B.A. in mathematics at Fisk in 1956. Lorch recommended Hewitt for graduate studies at both University of Washington in Seattle and University of Oregon in Eugene. She chose Washington and worked with Richard Pierce on her doctorate. In 1961 she accepted the position of Assistant Professor at the University of Montana in Missoula and while there she completed her dissertation “Direct and Inverse Limits of Abstract Algebras” and was awarded a Ph.D. by the University of Washington in 1962. Later Hewitt was awarded an NSF postdoc, which enabled her to spend a year at the University of Oregon. Hewitt was elected to the Board of Governors of the Mathematical Association of America. She served on the Executive Council of Pi Mu Epsilon, was a consultant for the AP calculus exam, and was active in both the Mathematical Association of America and the Association for Women in Mathematics (AWM).

This short biography originally appeared on the AWM Facebook page on June 30, 2020 and was written by Marie A. Vitulli.